Jaap Versteegh and Joke van Veen founded the Galatea foundation in 2018. They own the Pygmalion art gallery in Maarssen-Dorp.

The Galatea foundation originated from a shared passion of Jaap and Joke for art and their desire to leave a cultural legacy behind. They are involved in the arts and concerned with the current refugee issue. With the foundation they want to give artists with a migrant past a stage in the Netherlands, now and in the future, so that their work can inspire other people.

The Galatea foundation consists of 4 board members and 3 advisors of which 2 members of the jury. The members of the jury together with the board, will assess the submitted works of the artists, draw up the shortlist and thus determine the winner of the annual Galatea prize. 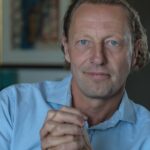 Mikkel Hofstee, chairman: Mikkel Hofstee studied public administration in Leiden, after which he worked for ABNAMRO abroad for 7 years. In 2002 he started Lifeguard, a consultancy for vital organizations. He is co-founder of the Amsterdam City Swim and author of Oermens 2.0. His love for art was born to him, because his parents have been active in the art world all their lives. 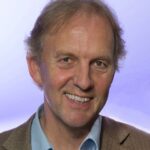 Jaap Versteegh, founder & boardmember: Jaap Versteegh was educated as an artist at the University of Pittsburgh (US) and Academy Minerva in Groningen and studied art history in Amsterdam. He worked as a drawing teacher at the HvU and as a teacher of art history at Leiden University and is currently working as an art dealer within the Pygmalion art dealership in Maarssen. In 2018, he and his wife Joke van Veen took the initiative to establish the Galatea Foundation, aimed at supporting artists in a disadvantaged position in the Netherlands, in particular refugee artists. 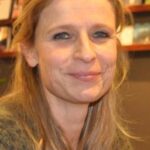 Hetje van Spronsen, secretary: Hetje van Spronsen completed the International Studies course at the High School of Utrecht. Since then she has worked in commercial positions at various media companies. In 2007 she followed her heart and started working at the general book publisher Unieboek | The Spectrum in Amsterdam. From its inception, she has felt involved in the organization and purpose of the Galatea Foundation. 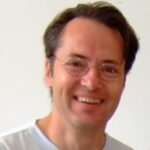 Lieuwe Faber, treasurer: Lieuwe is an electronics engineer and graduated from The Hague University of Applied Sciences. After that he studied business administration at the TSM business school. He has now been working at KPN for over 24 years and has taken on the role of treasurer at various associations in which he is closely involved.

Remuneration Policy
Directors do not receive any remuneration for their work. Directors may be entitled to reimbursement of the costs (reasonably) incurred by them in the performance of their duties.